29 years of APE Group and its best figures to date 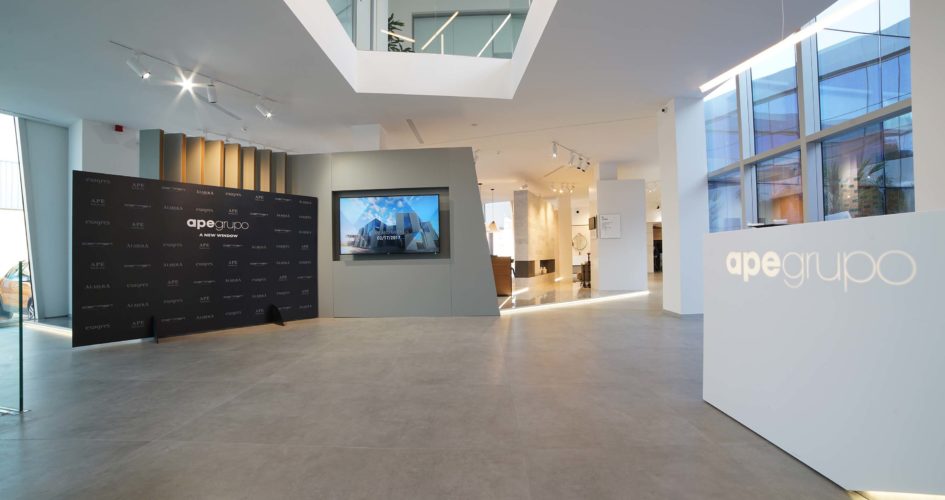 APE Group is 29 years old. Last Friday, the company celebrated its 29th anniversary in the best position since it was founded. The figures support this: 2020 was a record year for the Castellón company, reaching a turnover of 45 million Euros for the first time. This involved a 5% sales increase compared to 2019, in a period marked by the global pandemic.

Furthermore, during the first quarter of this financial year, APE Group has also kept the same great momentum with which it finished 2020. Between January and March, the turnover of the ceramic floor and wall tile company increased by 25% compared to the same quarter in 2019.

This trend has not changed in the first quarter of 2021. However, the domestic market is starting to have more weight in the overall turnover of the tile company, now accounting for more than 15% of total sales.

With regards to the brands managed by the company, APE represents the majority of sales (76%). Meanwhile, Carmen, with its small-format decorative products, remains above 20%. The remaining turnover comes from XLINING, a large-format porcelain tile brand, with its solid surface product.

These incredibly positive figures have allowed the company to implement an investment plan. Planned for the 2020-21 financial year, it will set aside 4.5 million Euros to optimise APE Group’s logistics centre and expand its Castellón showroom. In doing so, the tile company will increase its storage space in Onda by 11,000 square metres, providing a total of 72,000 square metres of warehouse space, of which 32,000 are covered.

Likewise, its Castellón showroom will increase its surface area this year by more than 900 square metres. Spread over two floors, the showroom will be used to display products and improve the customer experience.

In addition to the Onda and Castellón facilities, the ceramics company is adding a logistics warehouse in Fiorano Modenese (Italy), measuring almost 11,000 square metres. With this centre, APE Group will be able to facilitate the distribution of its products to Europe.

APE Group has also shown a firm commitment to stable, quality employment. At the end of 2020, it had 111 employees, and 98% of the workers had permanent contracts. Over the last decade, the tile company has increased its workforce by 86.4%, going from 59 workers in 2010 to 111 at the end of the last financial year. Since April, which marked its 29th year, APE Group has 122 people on its staff.

29 years of service as a strategy

According to APE Group’s CEO, José Miguel Pellicer, this success is based, “on service as the core of our strategy, broadly understood not only in the availability of goods, but also in the exclusive treatment of our customers. We are unique in our constant search for differentiation in design and in product presentation using our own team”.

This approach of prioritising service and design has been strengthened at a time of large business mergers in the ceramics sector, where APE Group has held off. In fact, the company was founded in 1992 by businessman Pepe Pellicer and, 29 years later, his sons are still at the helm of the business.

In this regard, Pepe Pellicer did not want to miss the opportunity to thank all the people who have made APE Group’s success possible: “It is not our merit, but that of a whole team of people who have worked hard throughout this time for the good of the company, of whom we feel very proud”.